Within a few short year of being formed, the United Tiny House Association has grown to be what is considered the largest tiny house support organization in the entire World with over 34K (34,000+) members!

The Kernohans have been living in their self-built 304sqft tiny house, known as “Beloved Cabin”, since December 2011.  They currently reside on their small homestead in the woods of Georgia, where they have embraced solar energy, rain water collection, raise chickens, and grow their own vegetables and fruits.  They are also the creators and owners of their towable 148sqft tiny house, the World-known “Tiny Firehouse – Station No. 9”, which is also their tribute home honoring firefighters and emergency responders.  Fin is a vegetarian and fitness expert, while John is the handyman of the property and an avid outdoorsman, where he fills the freezer with fresh game (much to Fin’s despair).

After years of organizing not-for-profit outdoor concerts and festivals as fundraisers for students and college-bound homeschool students, as well as being a board member for an organization responsible for arguably the largest home-education convention in the country, John, along with Fin, created the for-charity Tiny House Festivals and Tiny LIVING Festivals; including the now famous Georgia Tiny House Festivals (2016, 2017, 2018 & 2019), and the 60K+ attendee & 116 tiny structures Florida Tiny House Festivals (2016, 2017, 2018 & 2019); as well as record-breaking for-charity tiny house festivals in California (2019), DC/Virginia, Louisiana (2018), Massachusetts, New Jersey, and Tennessee (2017 & 2019)… as well as the Nation-Wide & historic TINY HOUSES across AMERICA!

Also, all tiny house lifestyles are encouraged and supported.  These include, but are not limited to off-grid living, on-grid living, wilderness living, ADUs, and urban living.

The United Tiny House Association speaks at public events, meets with both local and National government officials, works with individuals one-on-one, and partners with other organizations in its efforts to bring both the tiny house community and those outside the tiny house community, together in a common understanding of what being tiny is all about.

“Do something BIG in your world… by simply doing something TINY!” – John Kernohan, Chairman 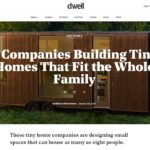 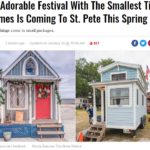